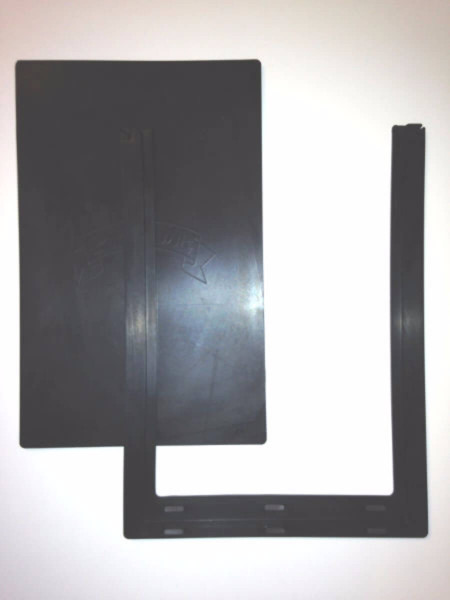 Pride pet door flaps are black rubber two piece assemblies. The parts are not available separately, they are sold together. These flaps are generally quite durable and often times the flap size is completely worn off, in which case you will need to measure the flap to see which one you need. We measure the center part of the flap. If you measure the outside of the U shaped part of the flap you will end up with the wrong flap, so be careful.

We have had just a handful of out of hundreds of customers tell us that their MD400 flap didn't fit a plastic framed Johnson door correctly. The flap can be trimmed to work if you'd rather not replace the door. We did have one customer who said that the MD400 flap was too long for his Johnson panel pet door for a sliding door and he ended up returning it.

The S-2 or small flap is similar in size to the SD300A but mounts differently. You will have to trim the small flap and punch holes in the top to make it function.

If your frame is damaged you can purchase an entire Pride pet door here.